Growing up in New York City’s Harlem in the 1950s Dick Perez was absorbed and obsessed by the game of baseball and enraptured by the baseball cards produced by Topps. For Perez the early spring ritual of stopping in the candy store on the way home from school and buying those gum-scented first-of the-season packs of cards was enchanting. In 2006 he found himself creating paintings for Topps cards, the company that introduced him to baseball cards. His second project for the Topps Company was to create 51 paintings for their 2007 edition of Turkey Reds. Paying homage to these cards published in 1911 was an exciting project requiring research and focus. They were produced in an era that was a golden age for baseball and baseball cards. The marketing of baseball cards became big business during that period. Cigarette companies such as Piedmont, Ramly, Hassan and Turkey Red were producing gorgeous full color art images, brilliantly hand-painted by artists using old world lithography. The most stunning of all of these were the 1911 T-3 Cabinet Cards known as the Turkey Reds. The concept for Perez’ contribution in 2007 was to marry current ballplayers with 1910 and 1911 scenery symbolizing the continuum of baseball. 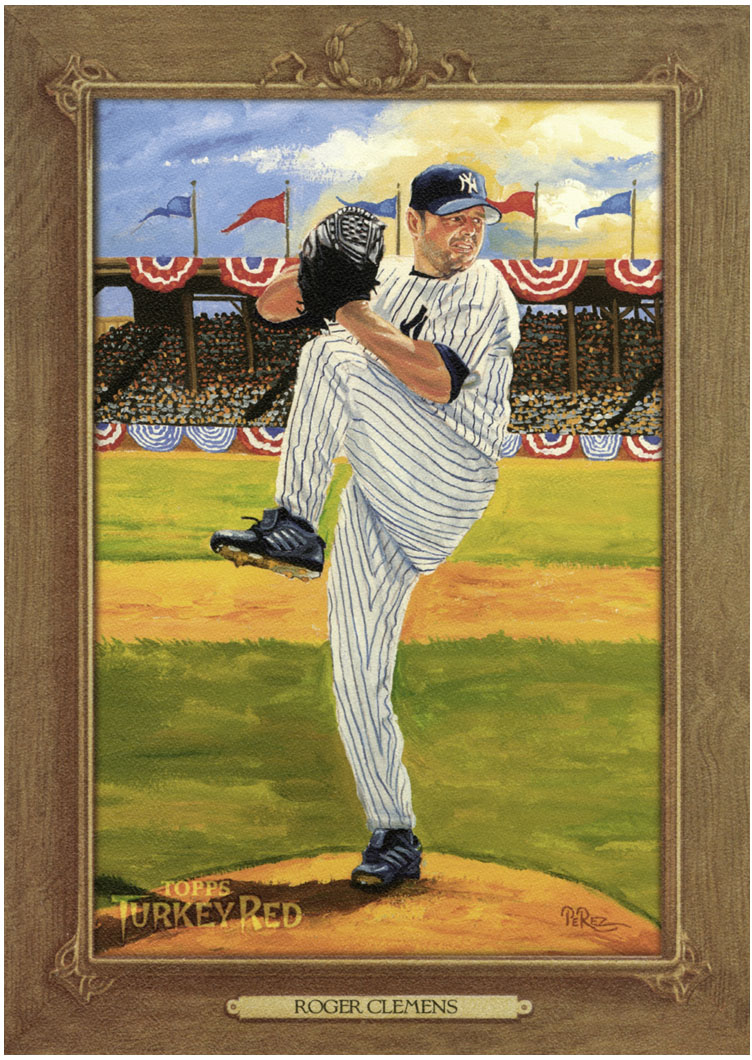 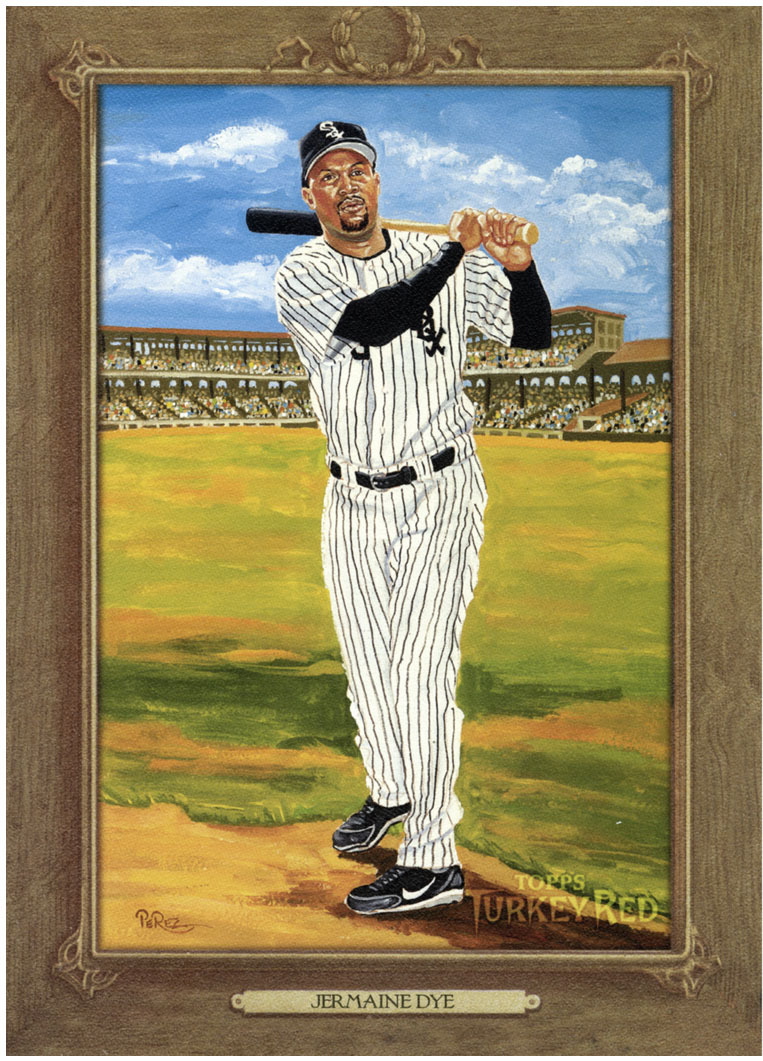 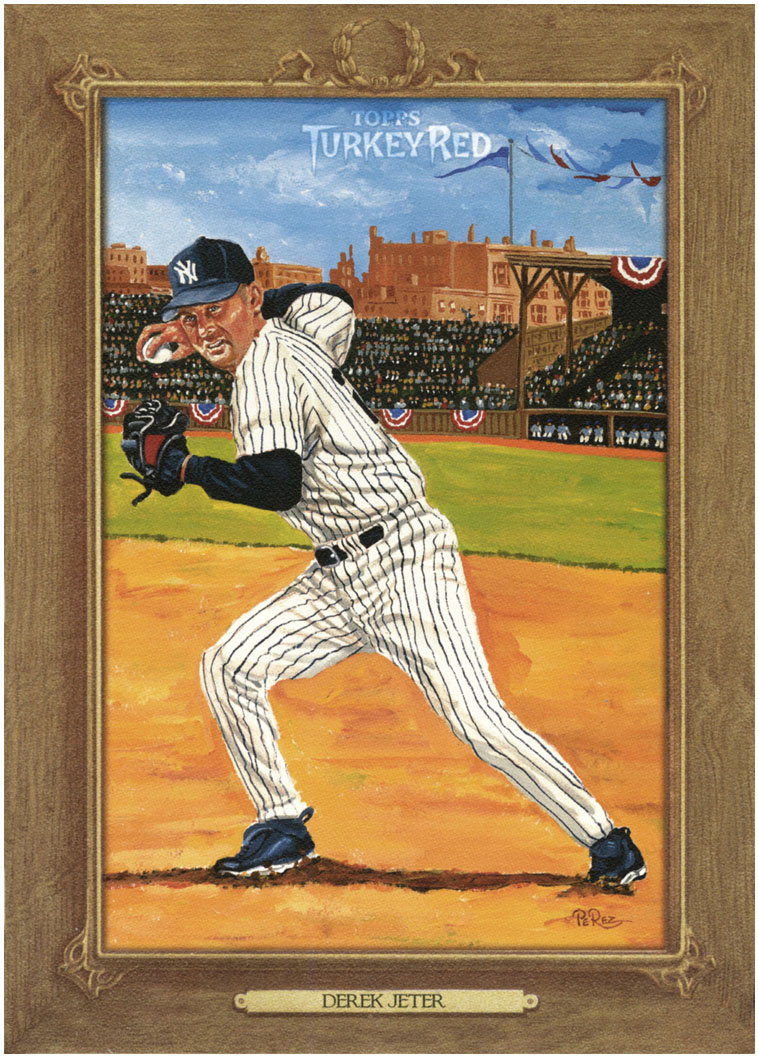 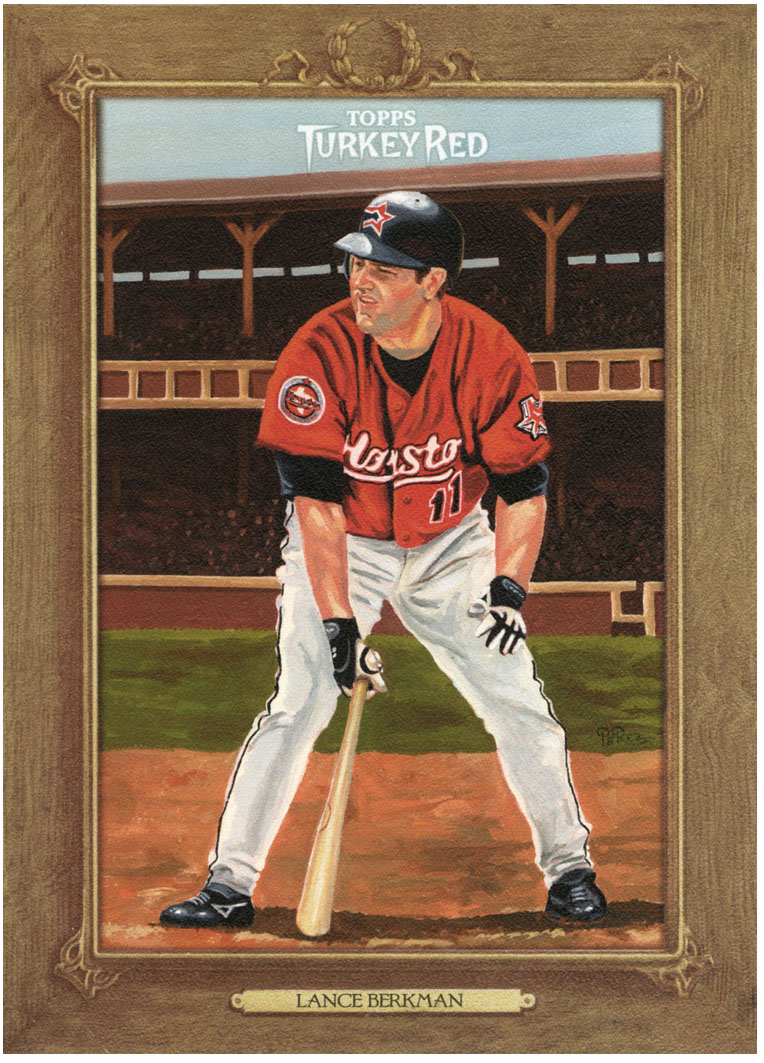 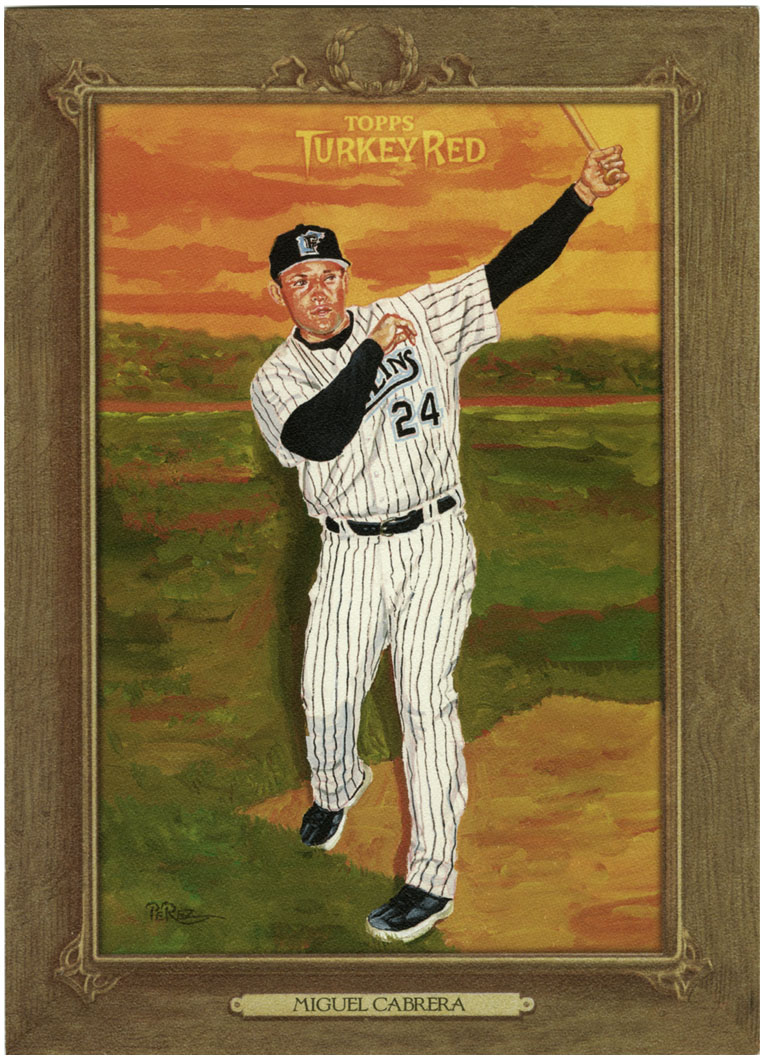 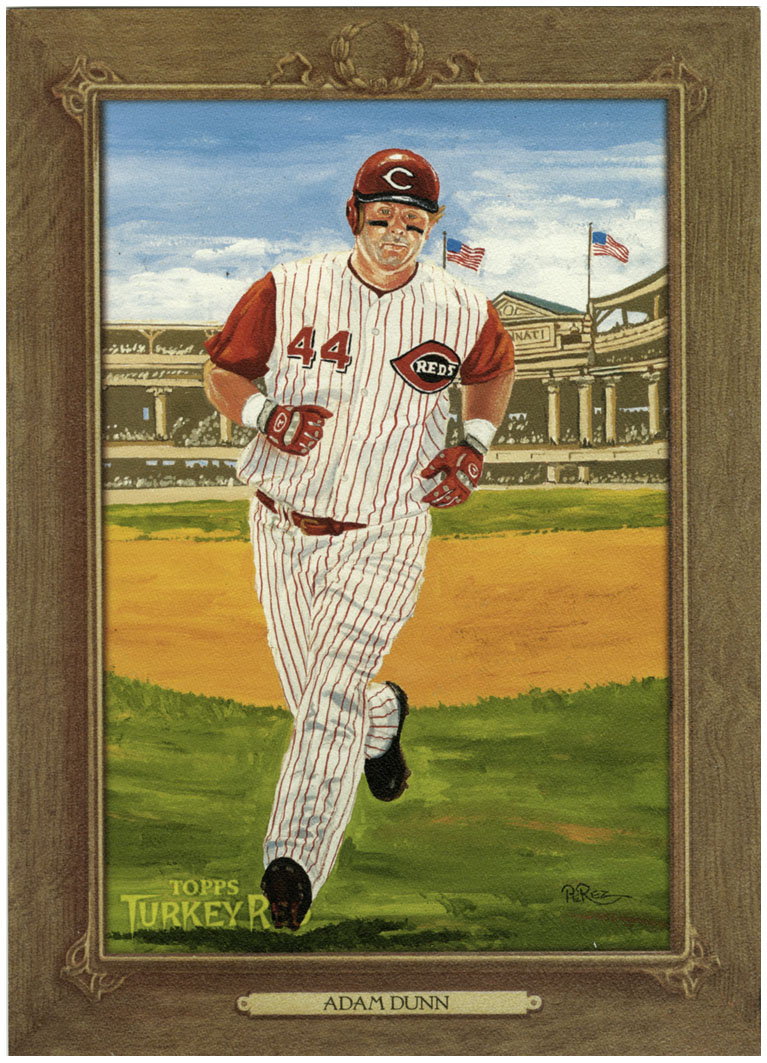 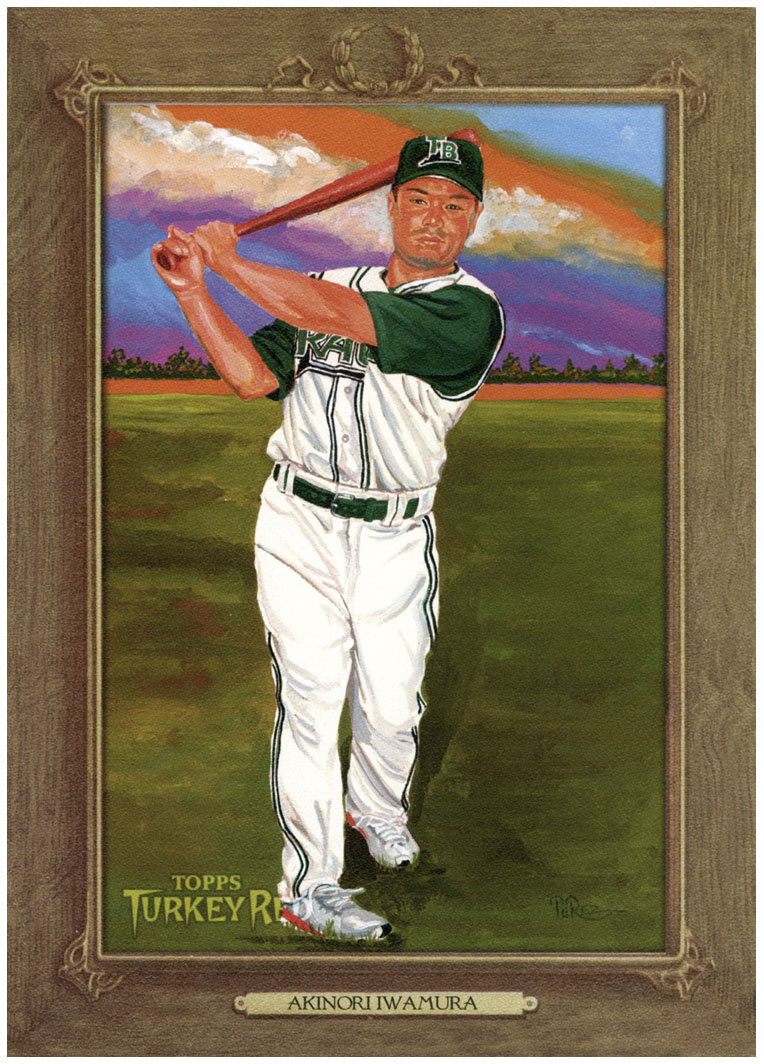 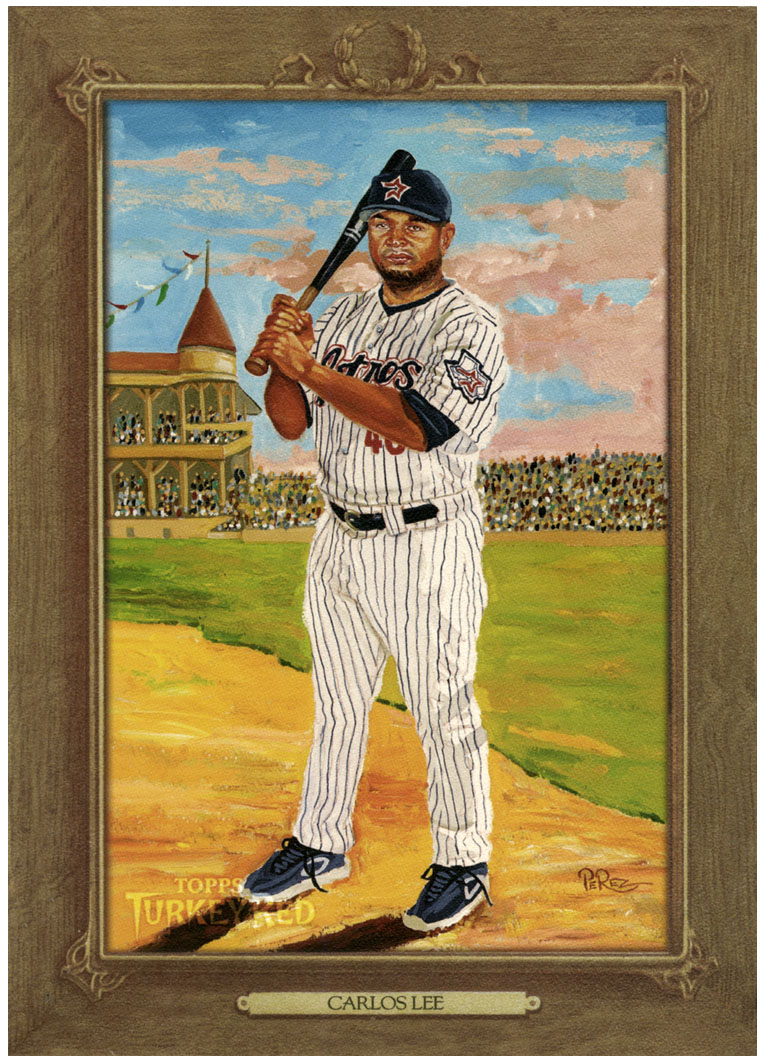 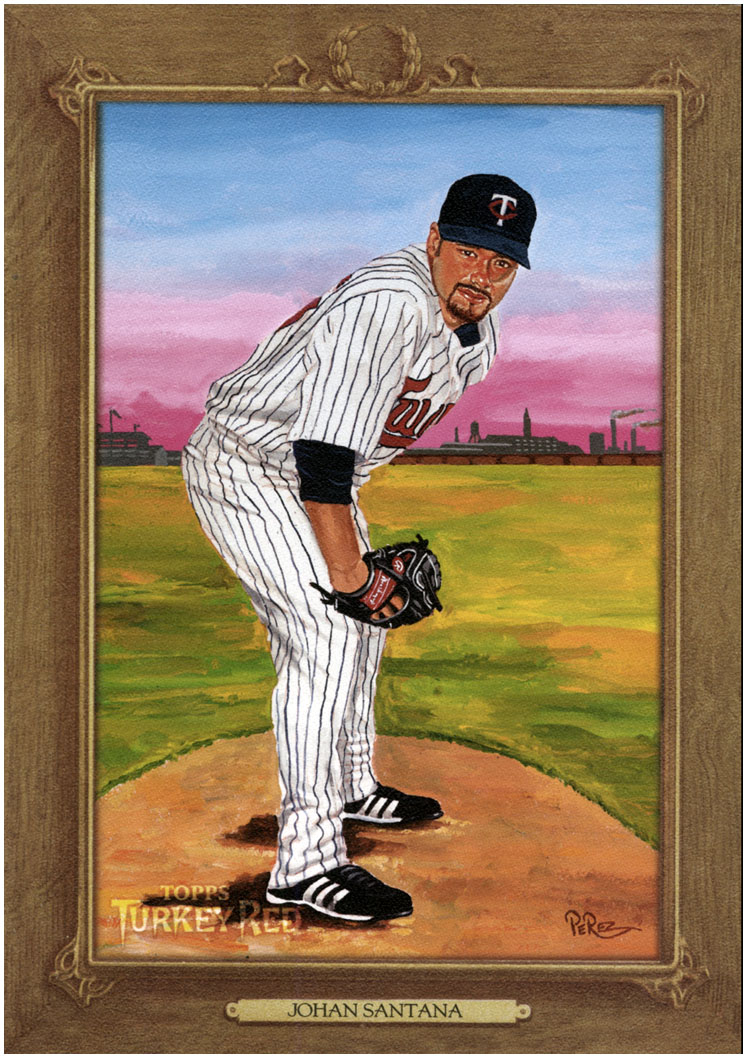 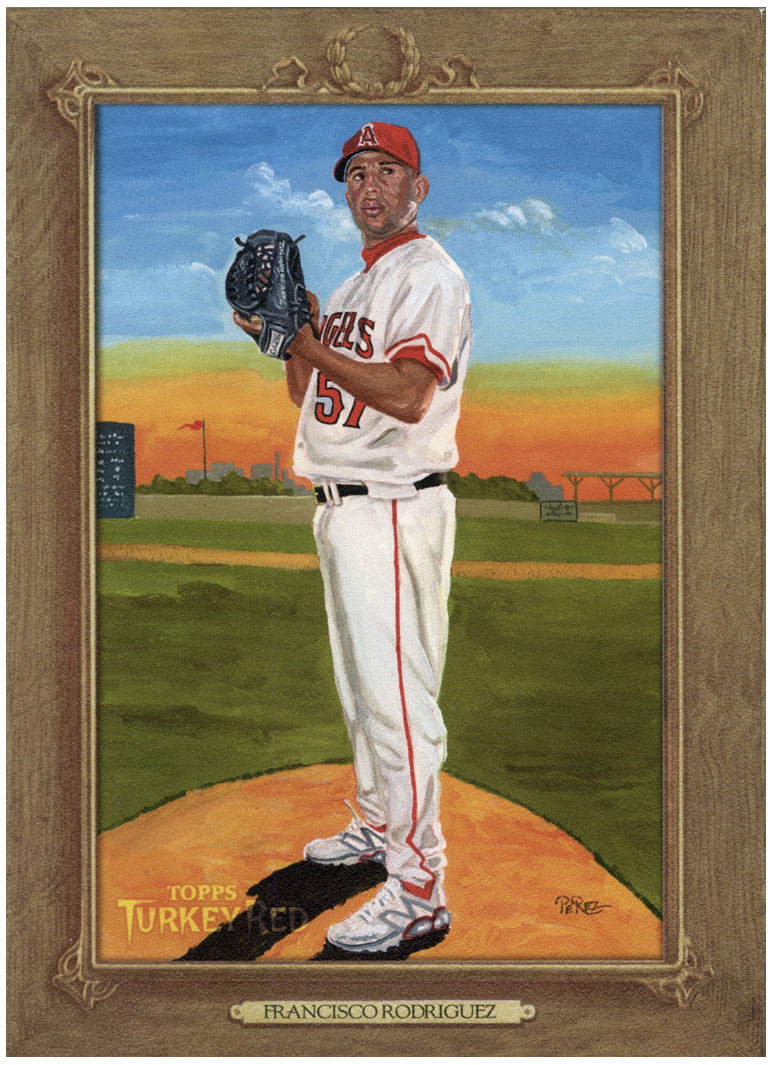 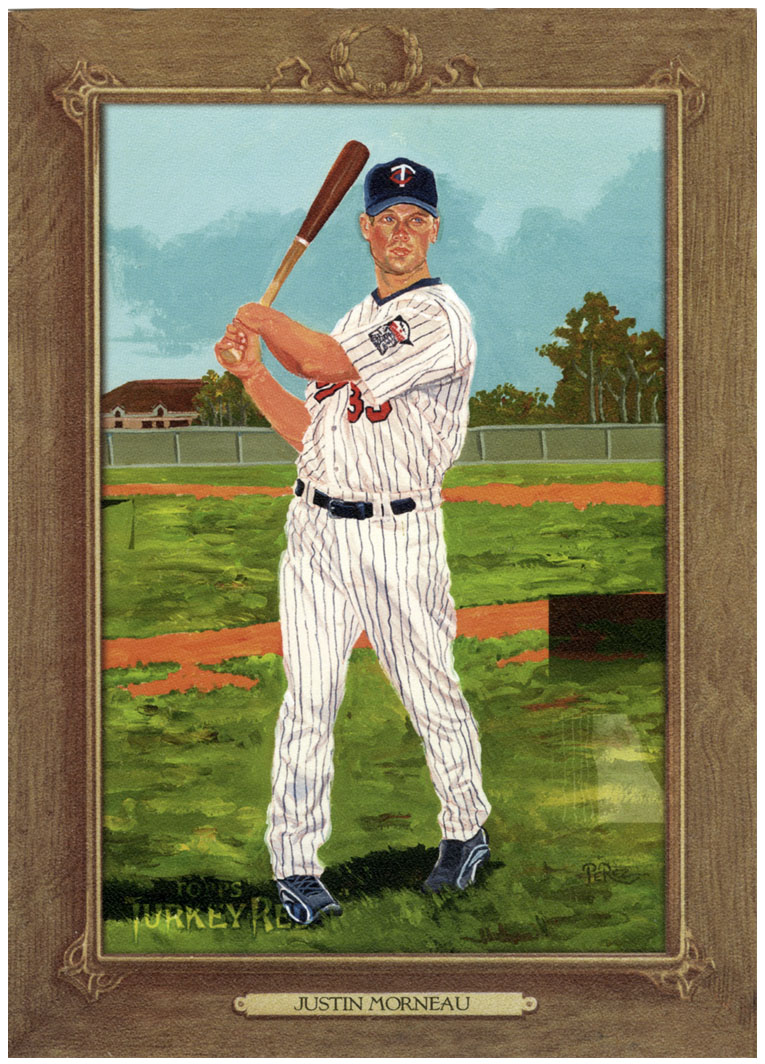 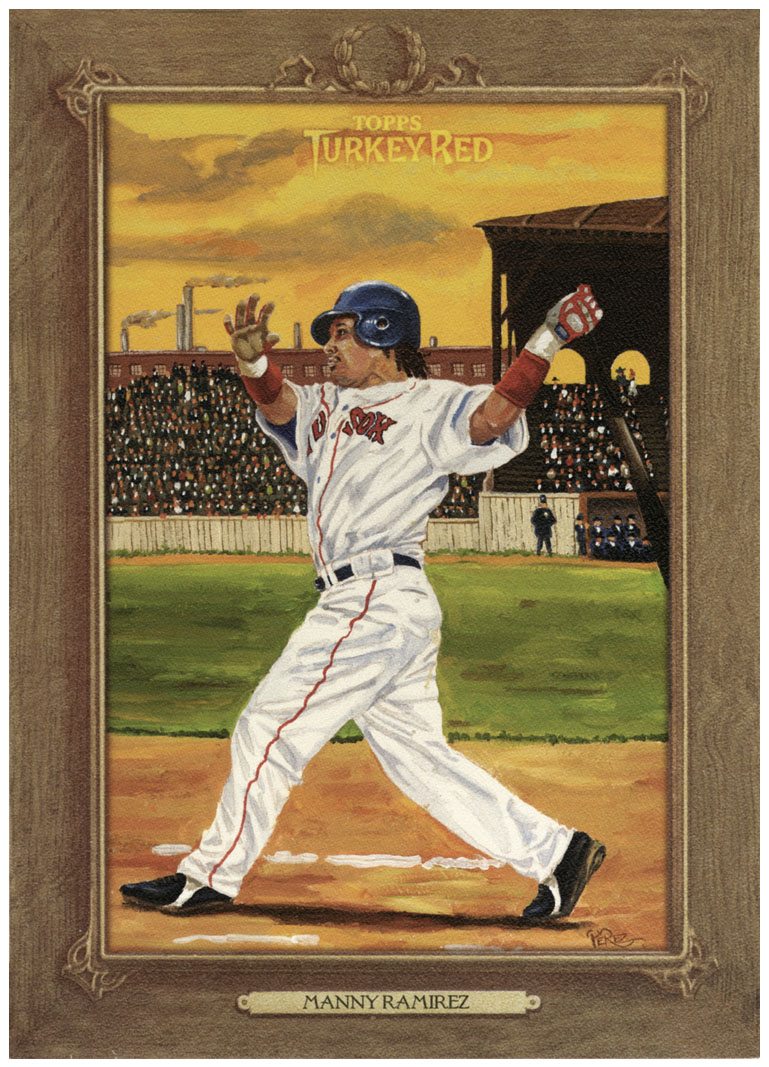 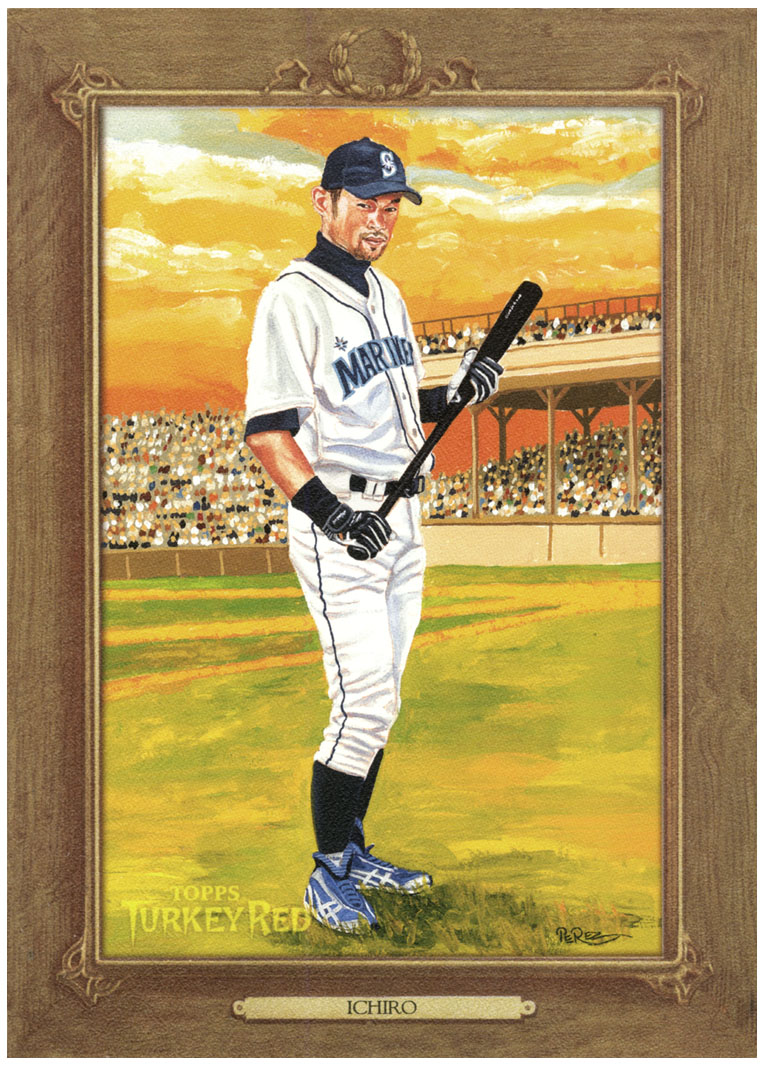 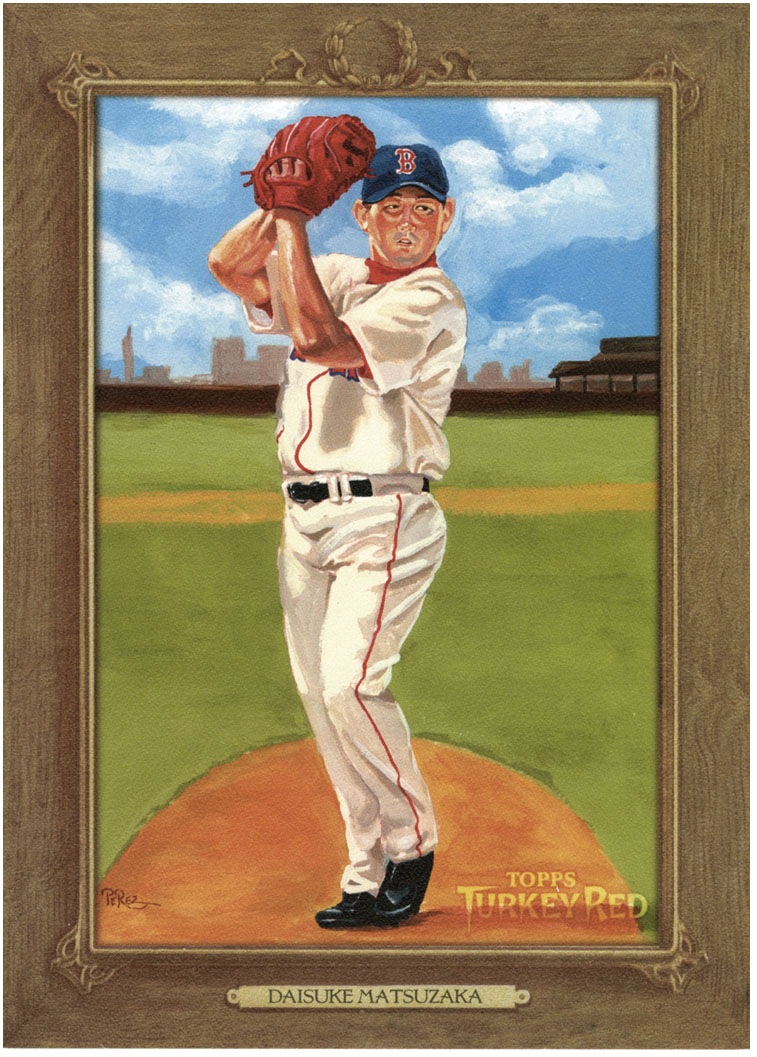 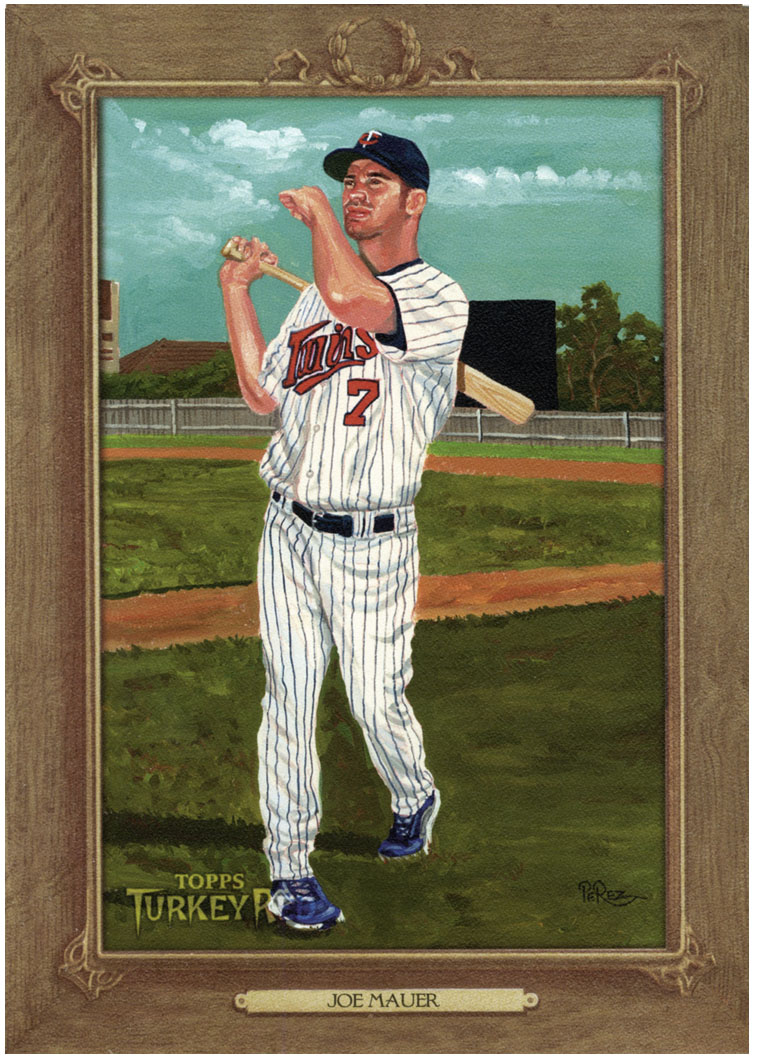 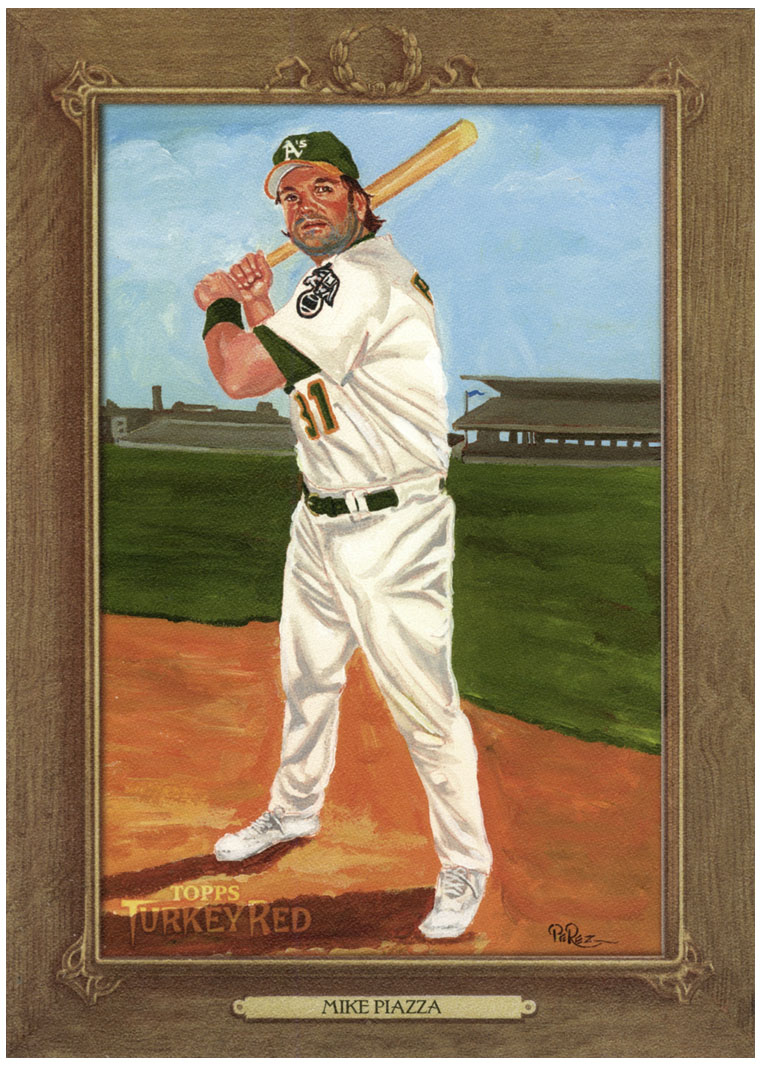 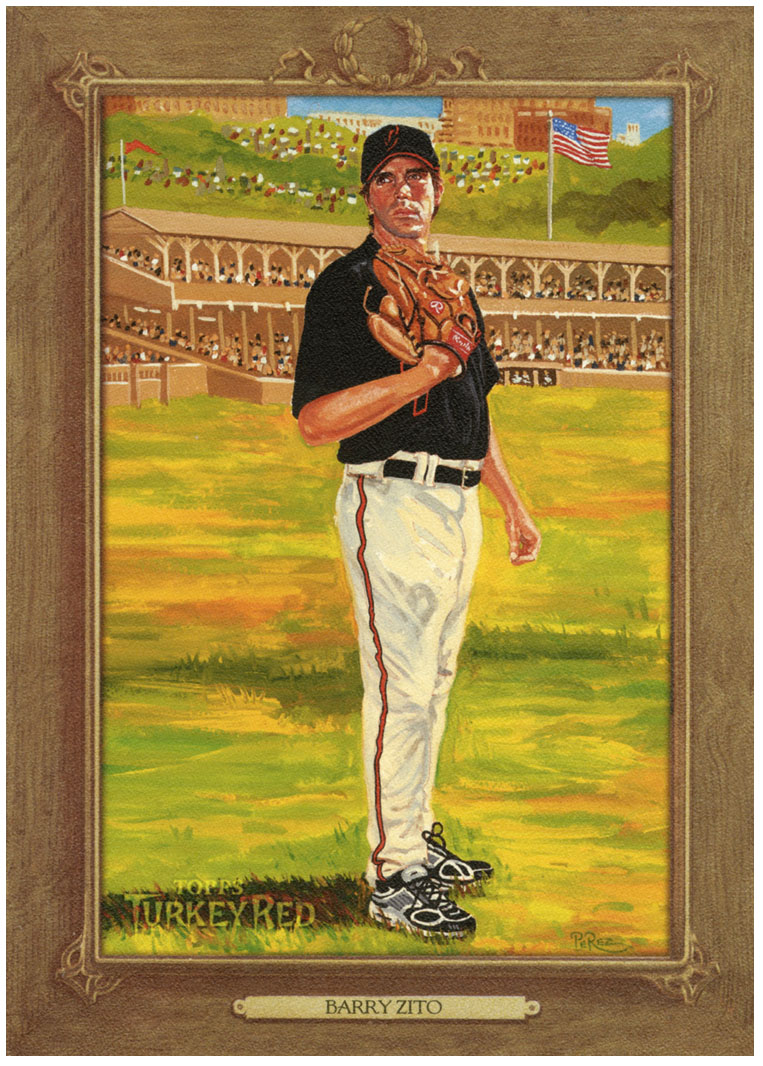 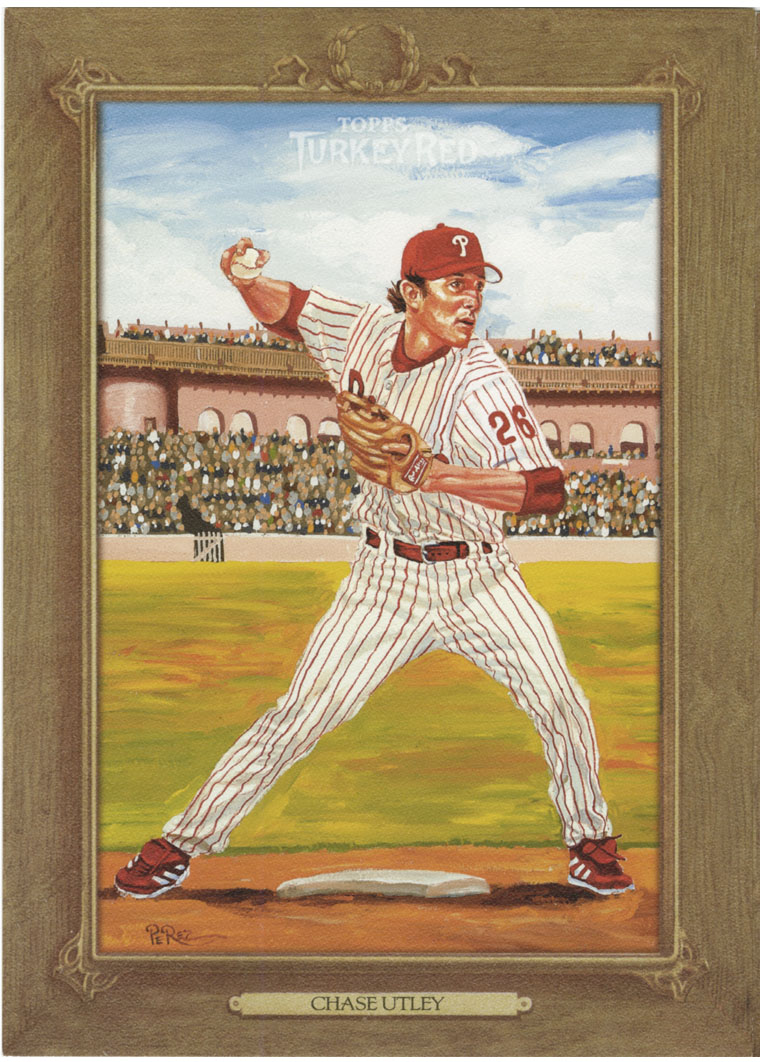 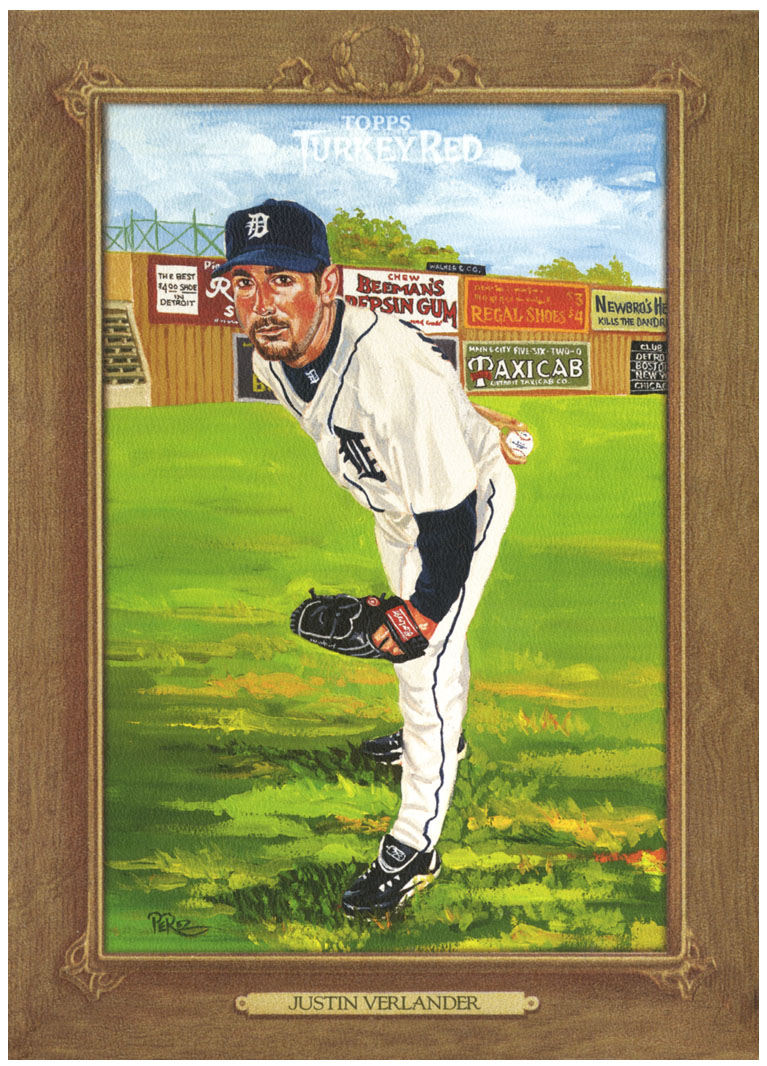 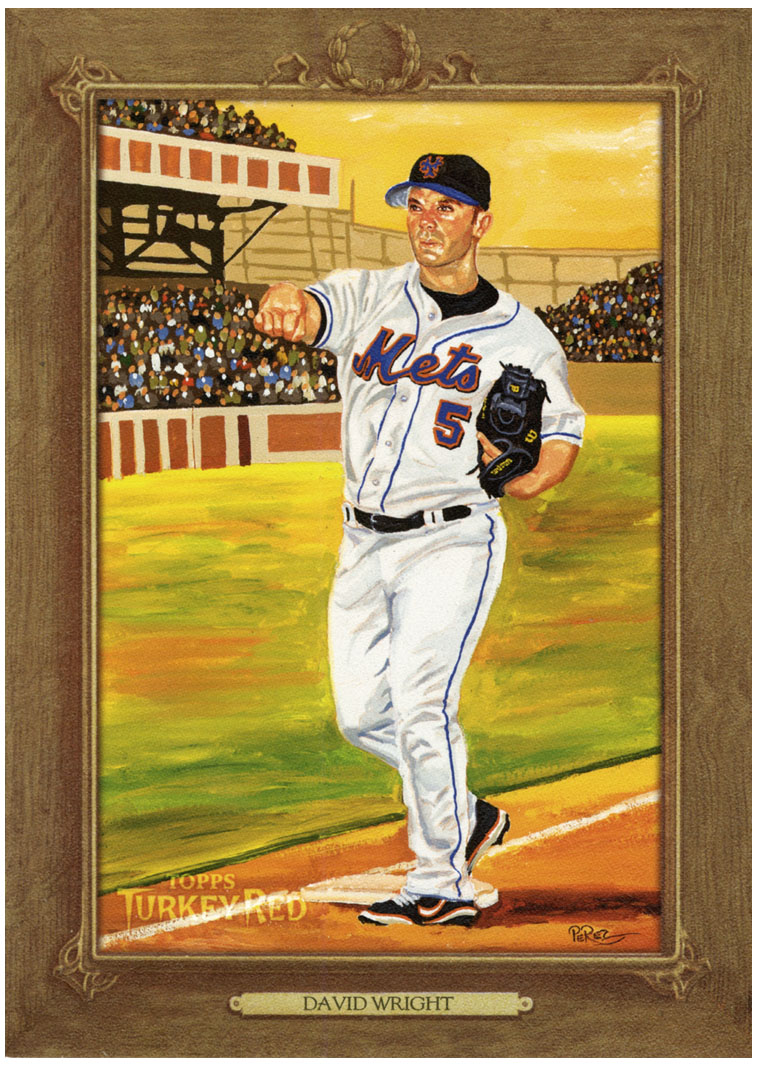 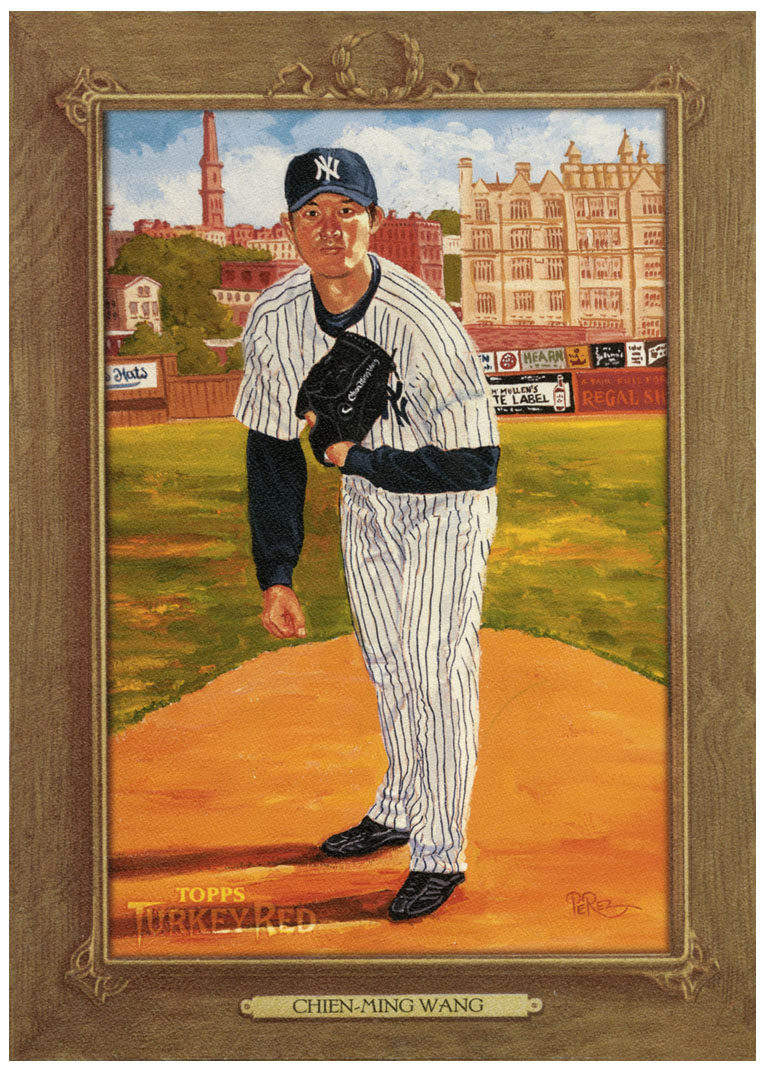 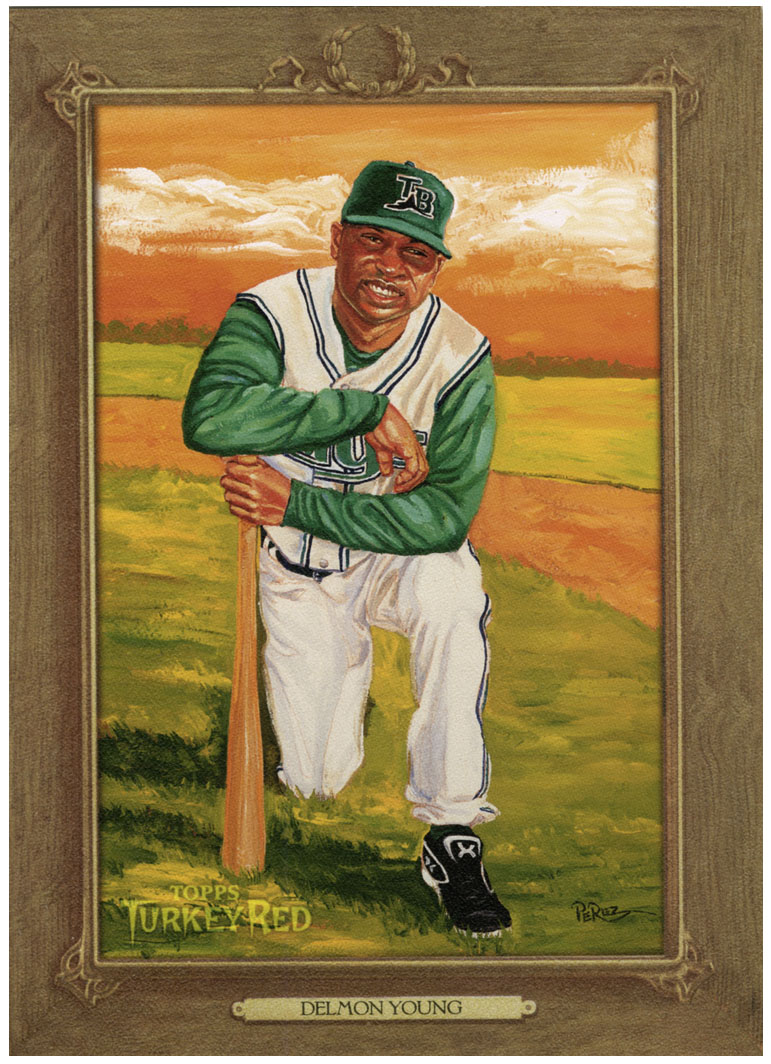 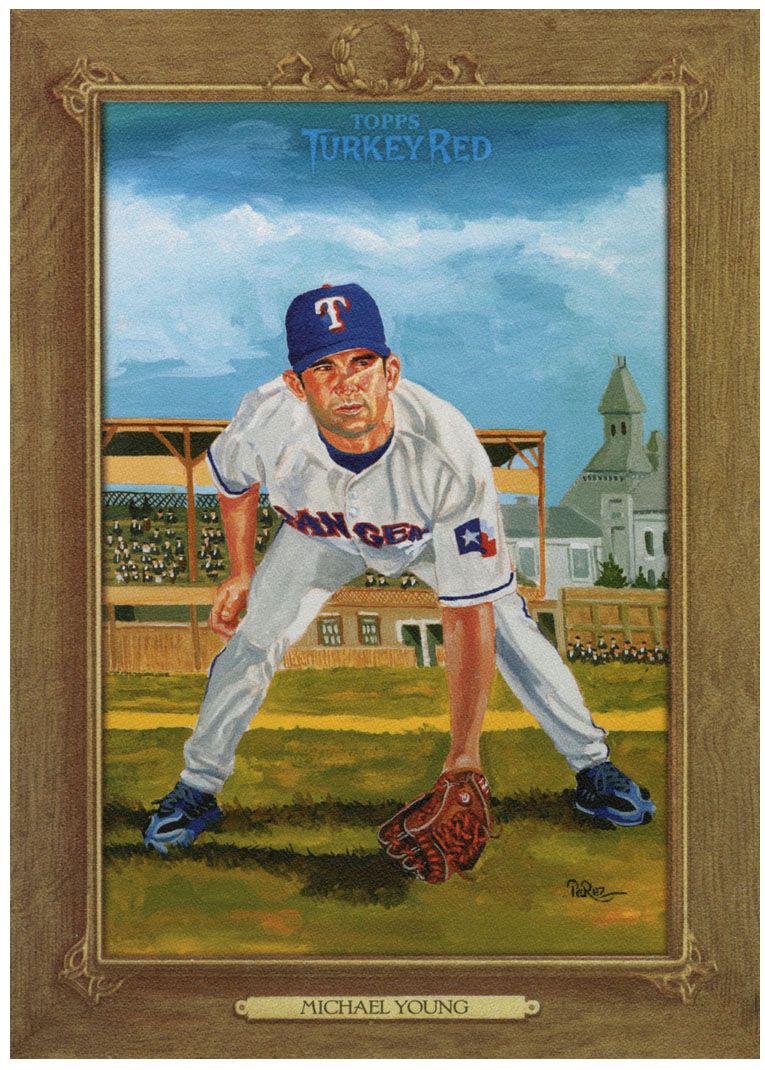 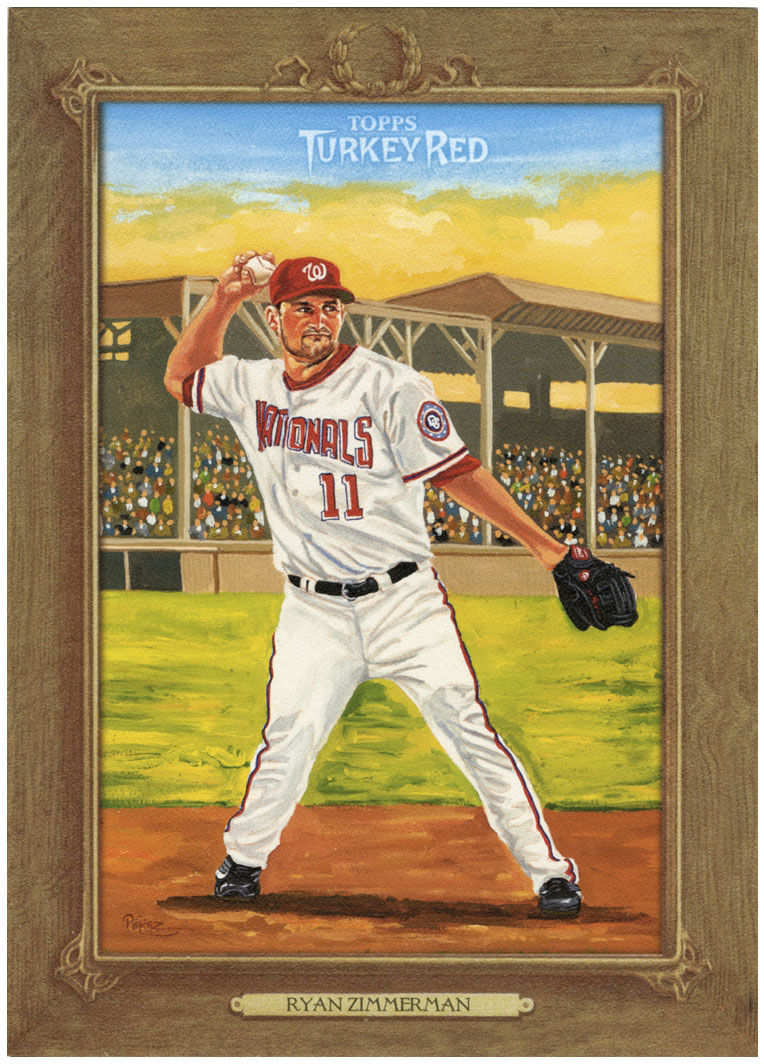 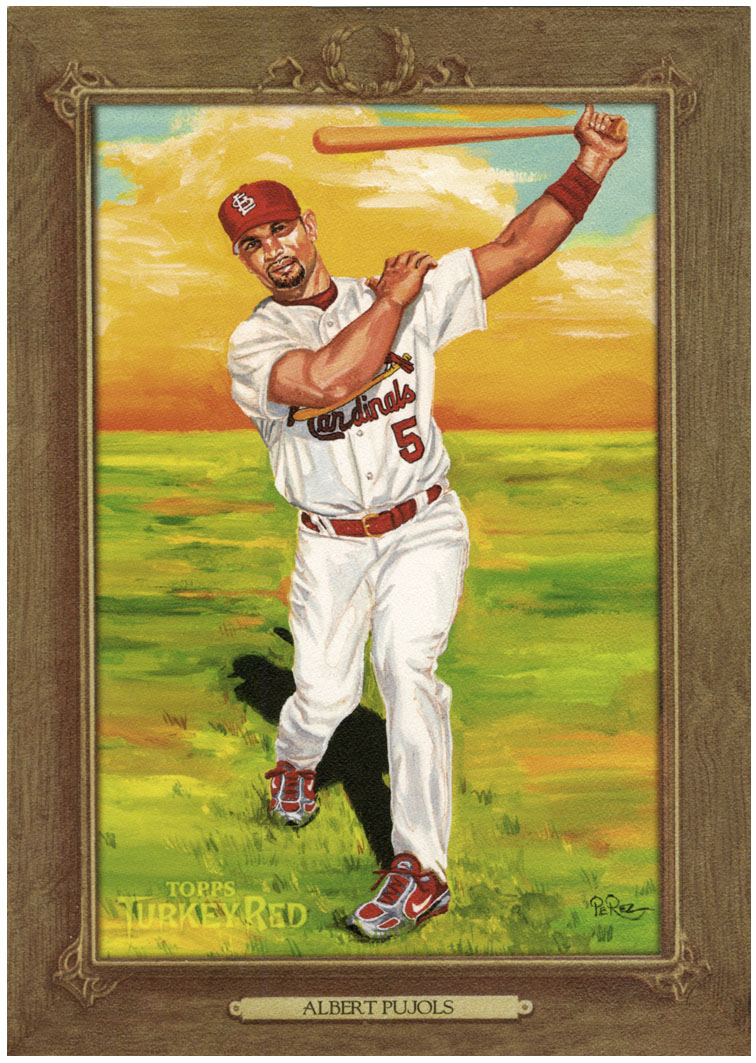 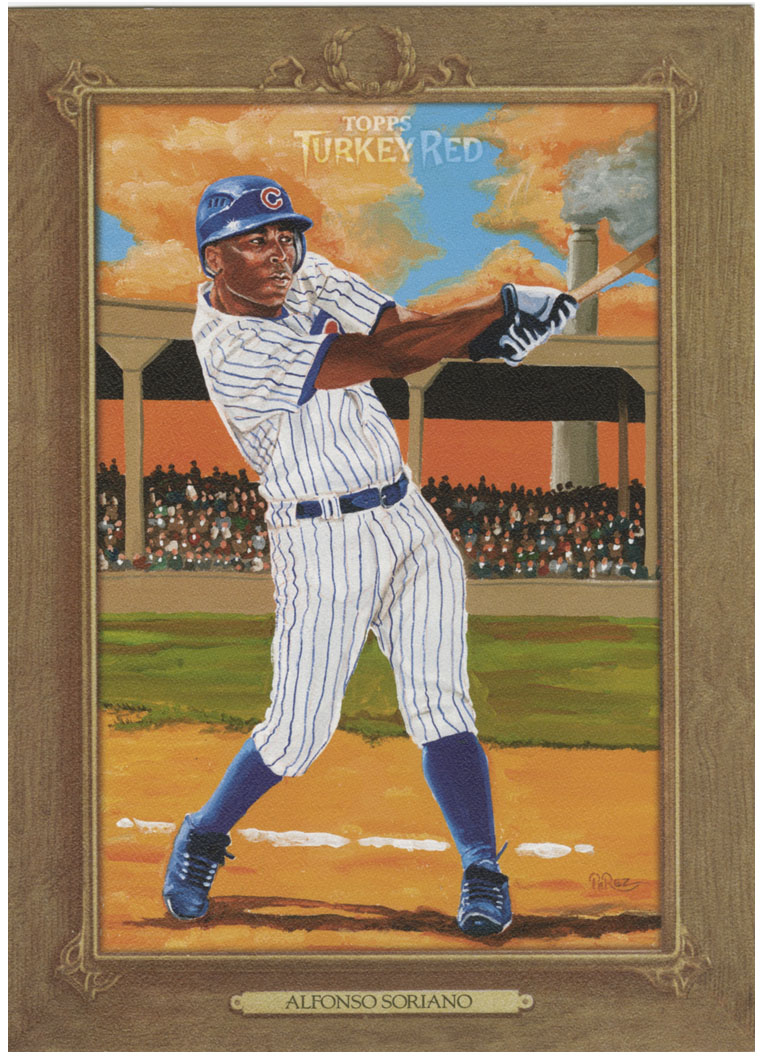 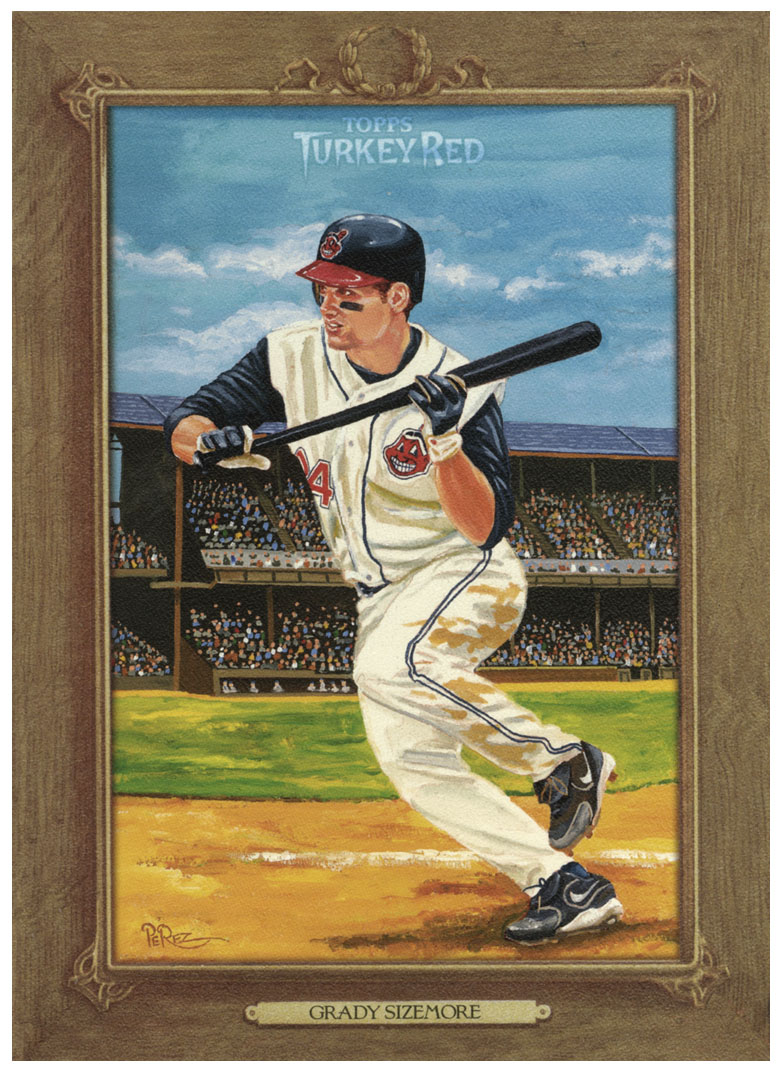 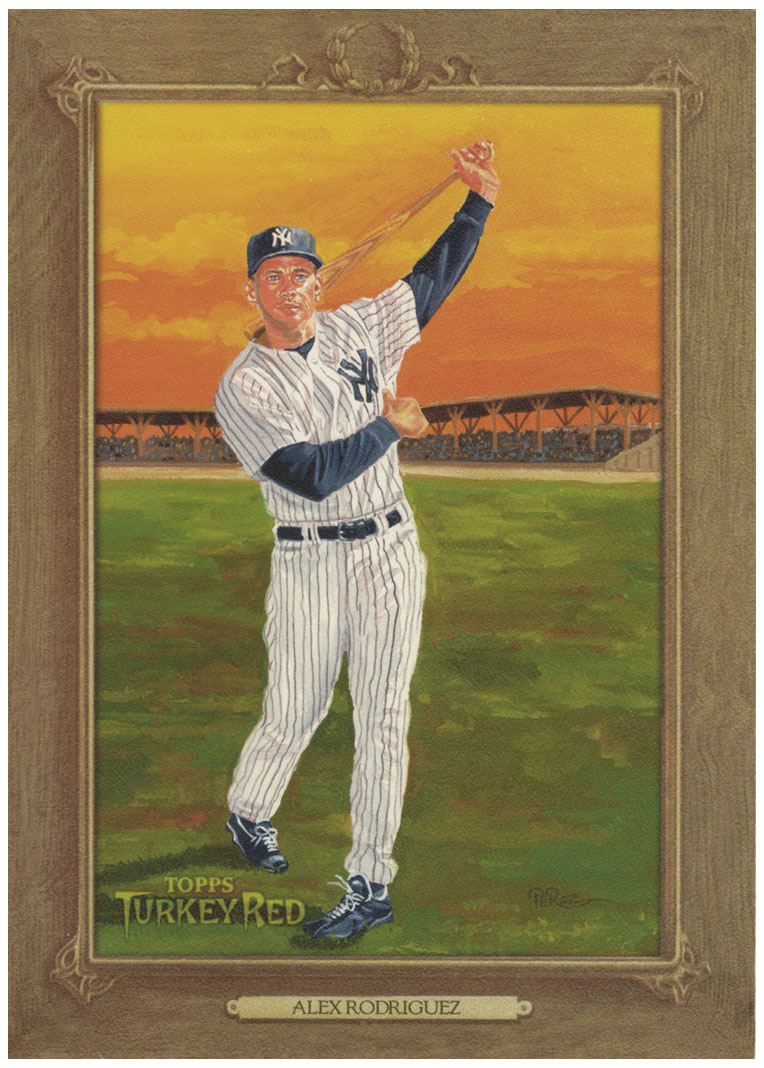